How NOT to paint a comic book cover.

Here's a cover Tim Kelly penciled, and I inked & colored for the Heros Initiative, (which helps out aging comic artists , or just comic artists going through a rough patch.) 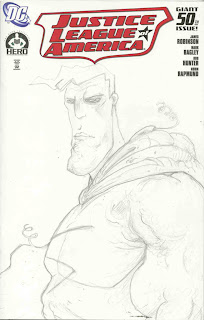 My goal, try NOT to let the original drawing's charm get lost in over-rendering. 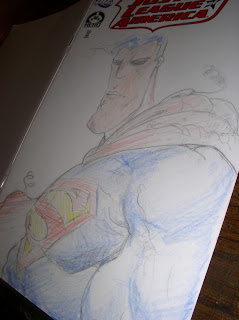 rough in come color with water soluble pencils to start.. 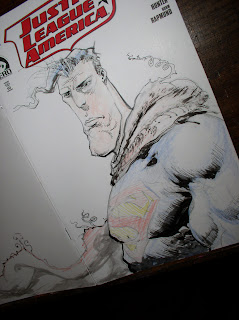 Ad some inks... these blacks will lose contrast once water color and acrylic paint goes over it, so i'll have to go back in to add more blacks after the color. 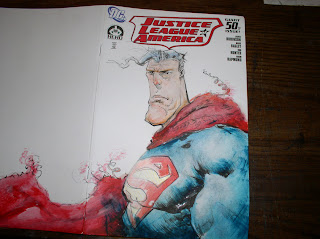 Here's some teal watercolor added, so will go back in so he's bluer. Added some texture to his dace but the face is drifting away from Tim's original though.. which i really liked.

But it's to late now, I'm stuck. Since it's being auctioned off, no digital 'net' to fix mistakes of fuss with after the fact. 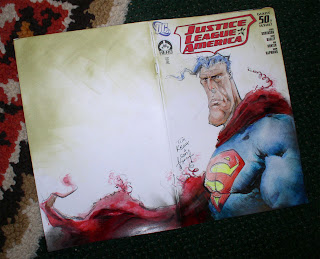 So thats it, warts and all. It's totally over-worked and lost most of Tim's quirkiness. (Which I *tried* to preserve), but hell.... what are you gonna do? So,  *learn* from my mistakes, know when to quit while your behind. But if someone likes it and helps out charity, my being satisfied doesn't come into it. If it's for a good cause, that's all that matters.