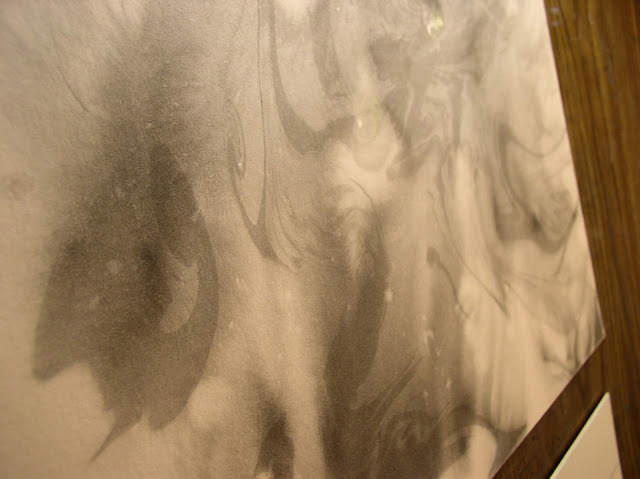 Here's a budget version of a marbling effect I tried.

Instead of wet-in-wet, "water dropped on ink: effect, instead I dipped some bristol into a cooking pan of water, face down, then pull it out, tiled it, all to create some cool swirling effects. 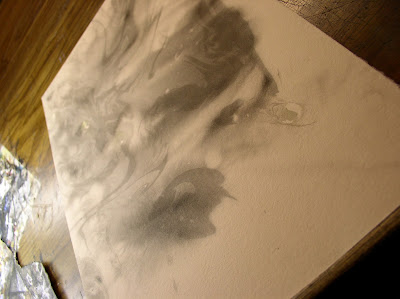 It's pretty easy, if you type in 'marble paper' into google or youtube there's tons of better examples than this online.

What I like about it - is letting my brush or pen follow various 'pathways' the ink and water make, ones i wouldn't normally think of drawing myself. 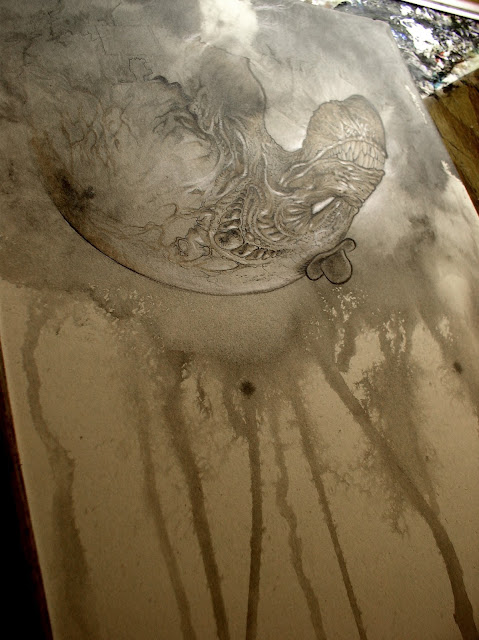 Somewhat gigeresque , but with some goofy-looking 1900 sam touches mixed in there, 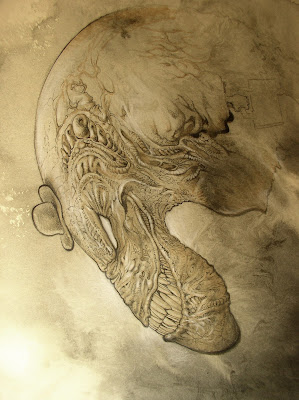 You can see from the chin that it's still pretty rough and unfinished. 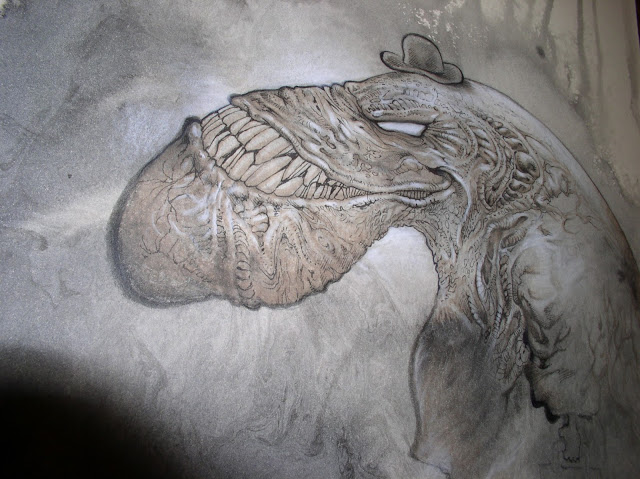 Maybe I'll go in and beef  up some more sculpting on the over all texture, 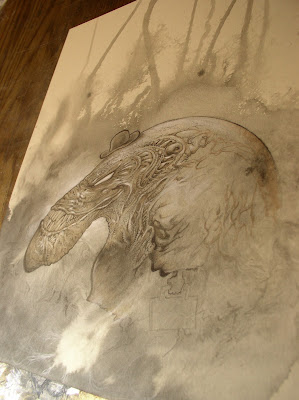 sharpen the highlights and dark other bits too. 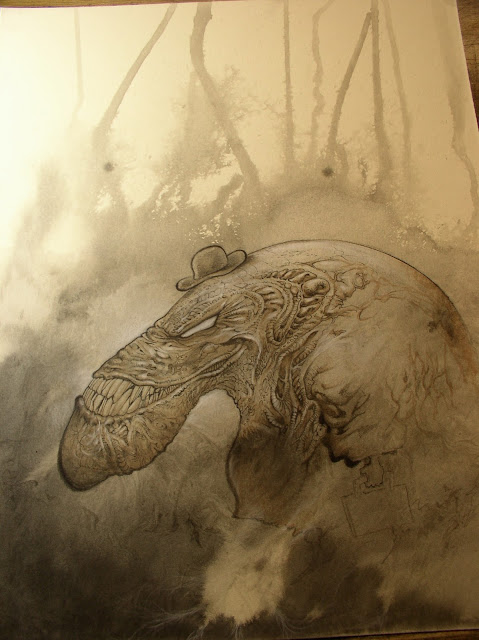 My overall hope... is not to render it too much that the whole watercolor effect itself gets buried by the end.


I'll throw up a finished version when it's done,

is more likely the right word.

I doubt any of us are ever really finishes this kinda stuff, do we? 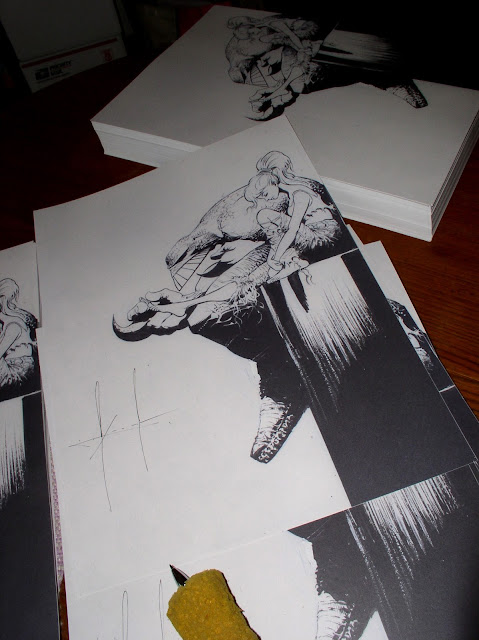 Sponge came in handy this time 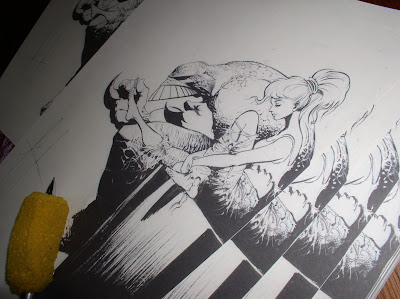 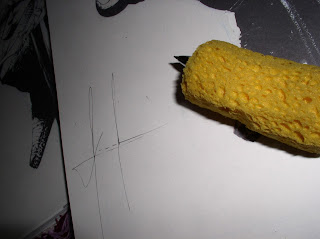 and here's . . yet another Maxx cover  I kept fooling with. 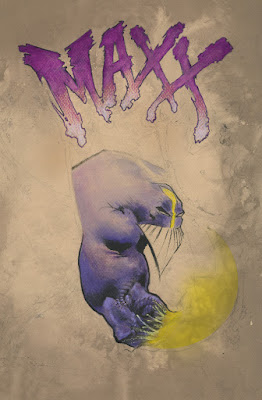 Don't worry, I'll throw this Julie unpublished version in a new book of Maxx Cover's some time next year. 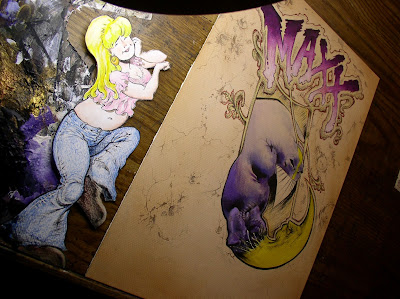 But i forgot to draw Julie into the original version. Let alone finish Maxx's hand. 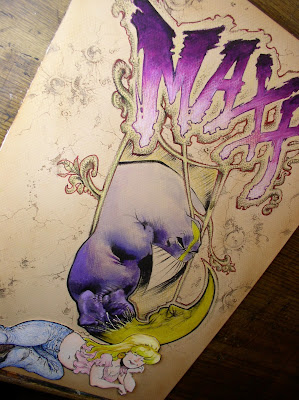 So I decided to cut & pasted her in,

Don't worry, her face isn't this blurry than this one,  my cameras' focus was off. 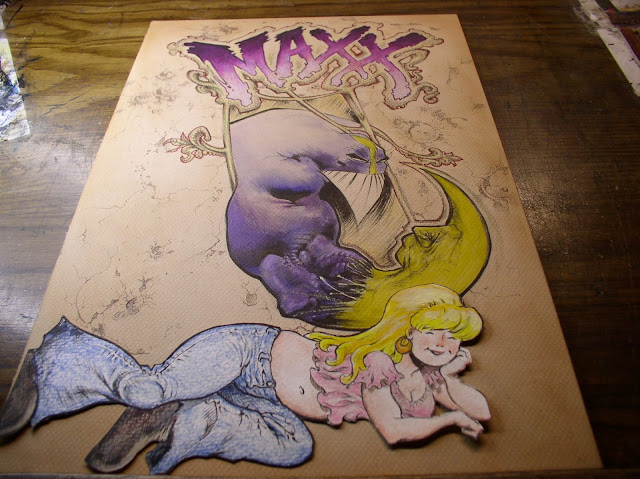