Couple of days ago was Will Eisner's 100th birthday.

While trying to break into comics, I drew a detective story as a tribute to Eisner's fine brush work. 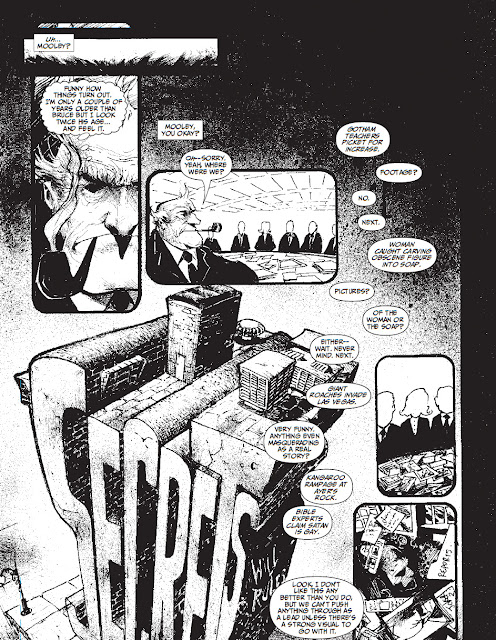 Once I broke into comics, in Batman Secrets i added a news paper editor character, who was a nod to commissioner Dolan in the Spirit. Never met Eisner personally, but my old pal Bill Lobes was good friends with Einser, so i felt a connection there, in some modest way.

Although he's gone now,  i'm just (joining many others) in paying tribute, not only style wise, but also for adding respectability to the whole form of graphic novels, way back when most considered comics to be only funny books for kids.