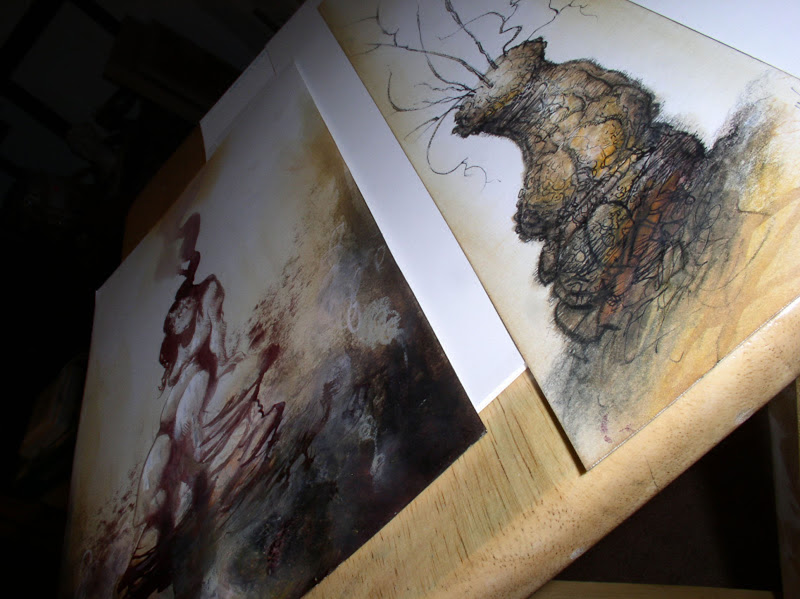 Loose idea that stared as a Tree coming out of some rocks, 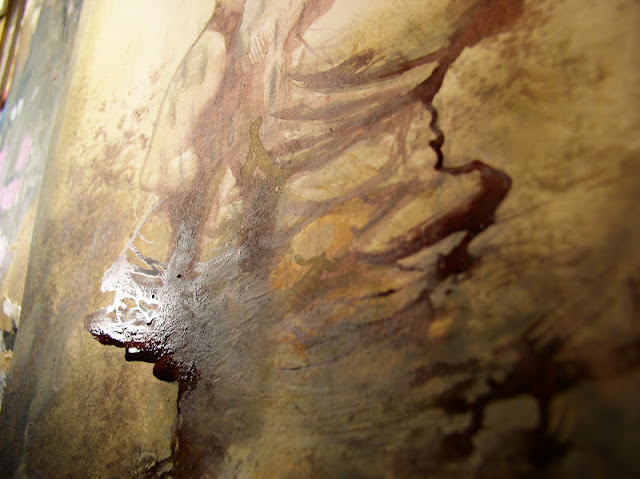 but instead, sorta became a woman at the last minute .. 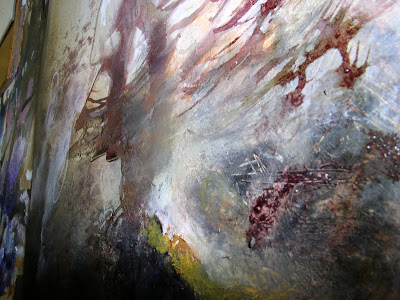 it's layered, the creaminess of oily pastels.  some wet in wet.. 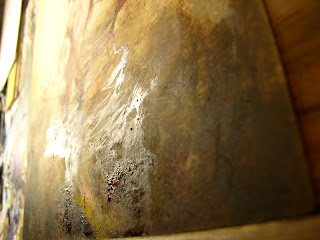 ..a little acrylic, some gouache, which i usually don't use much of for some reason.  You'd think i'd use gouache more... being so partial to watercolors as i am. 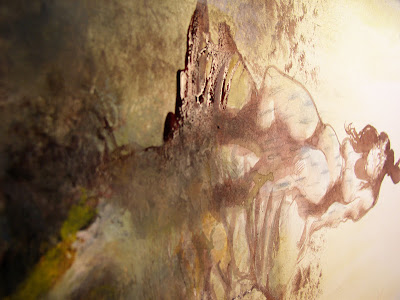 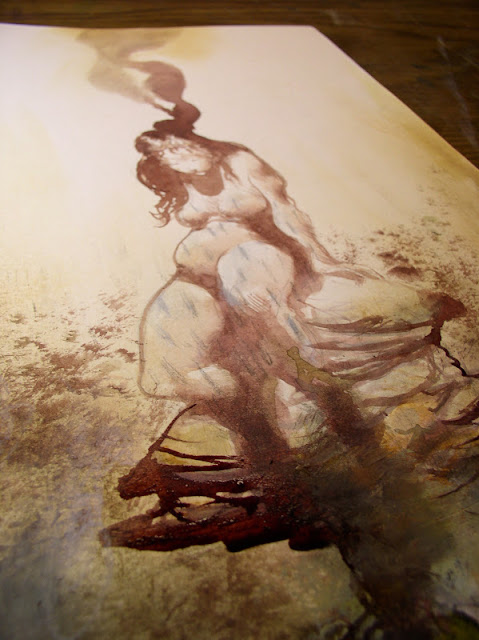 i mean, i'm working like a maniac as usual. i just mean not much editor or freelancer contact, as lots of people flying back from NY comic con on Monday and probably fried on Tues. which is fine, can be left to myself. 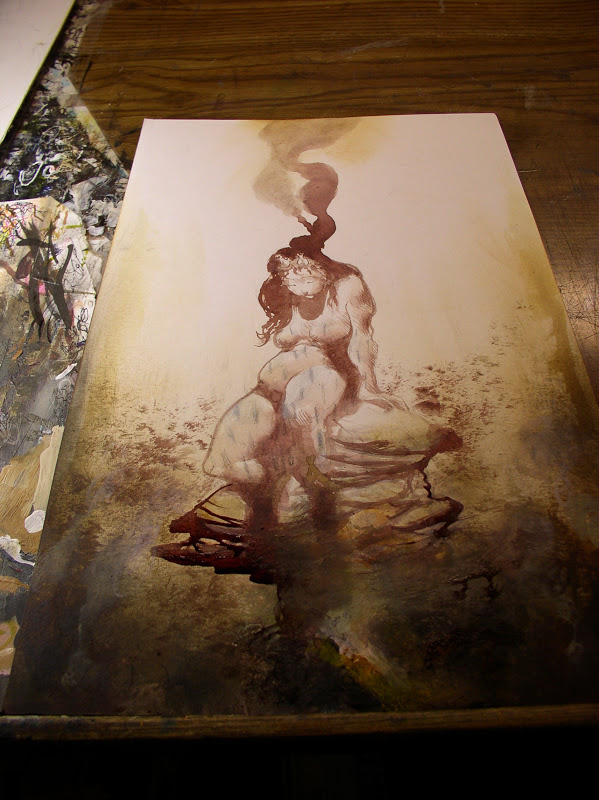 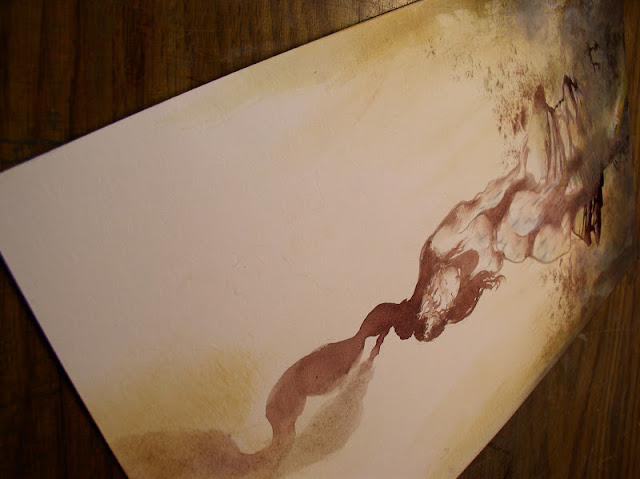 this one has a sorta melancholily to it, but maybe that's just me. 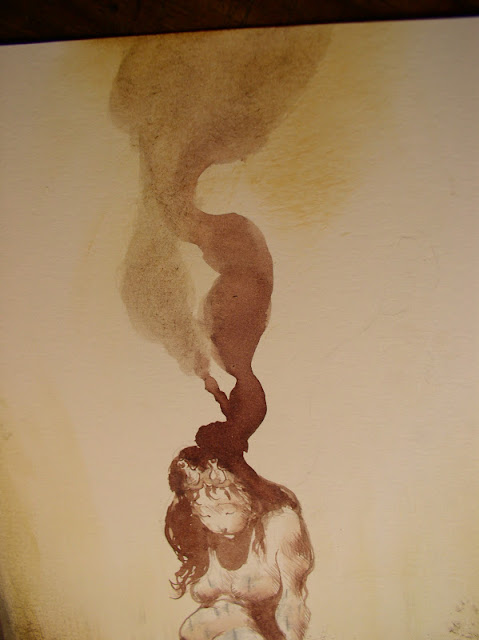 ..not sure this is coming out how i envisioned, but that's a losing battle. Trying to control what happens on a blank page. 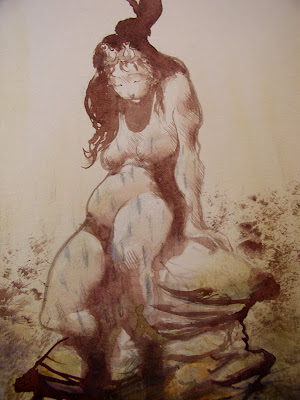 i mean, how can now can we take credit it for what is often 90 percent accidental? Including spots? 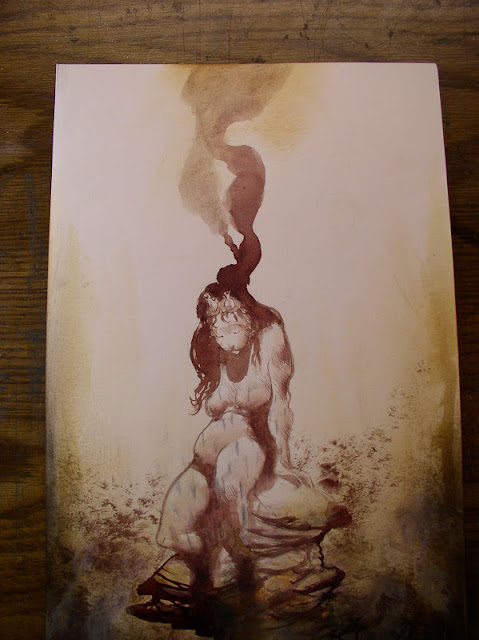 ...so that's about it for this one.. leave well enough alone. 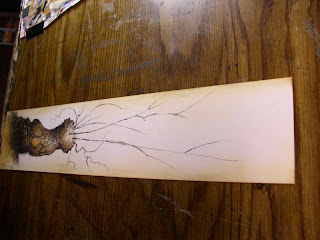 Yes, i admit, i AM always trying to aim for  *something* when i paint something, 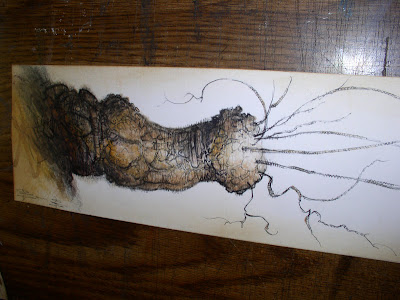 but it's too.... harsh to hate what comes out... just because it's not what i envisioned. not anymore. 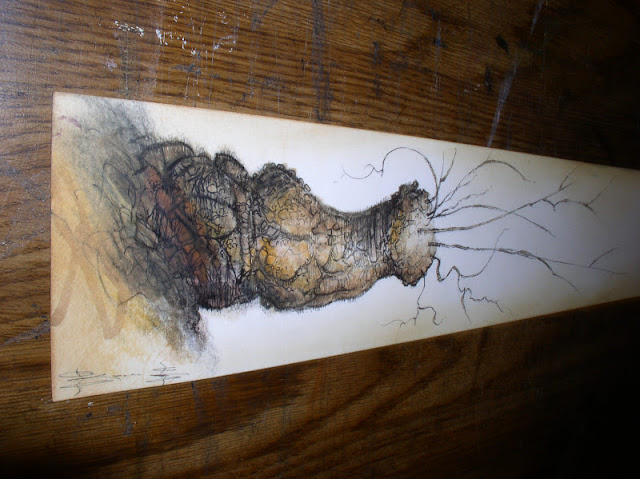 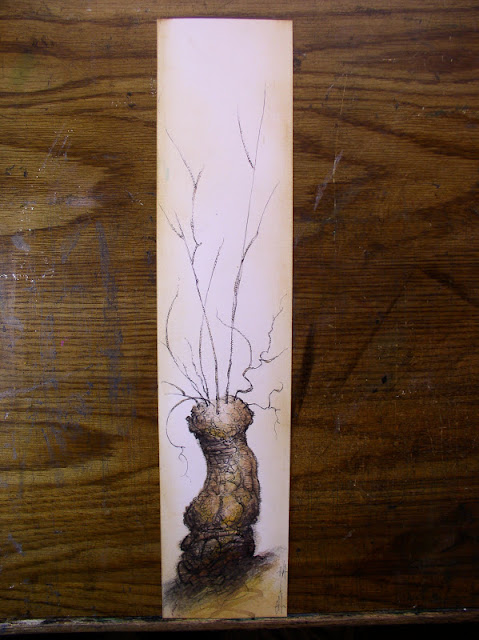 every piece we do it somewhat our 'kids' aren't they? 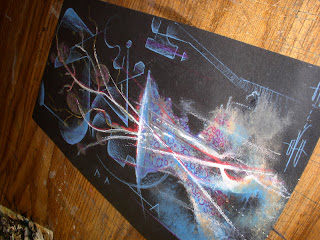 Some a little wonky, and other's surprise us. 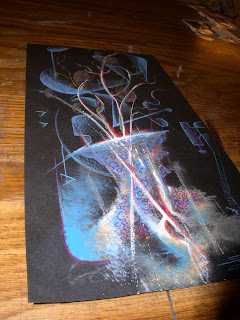 doesn't mean we have to love everything we do, does it? 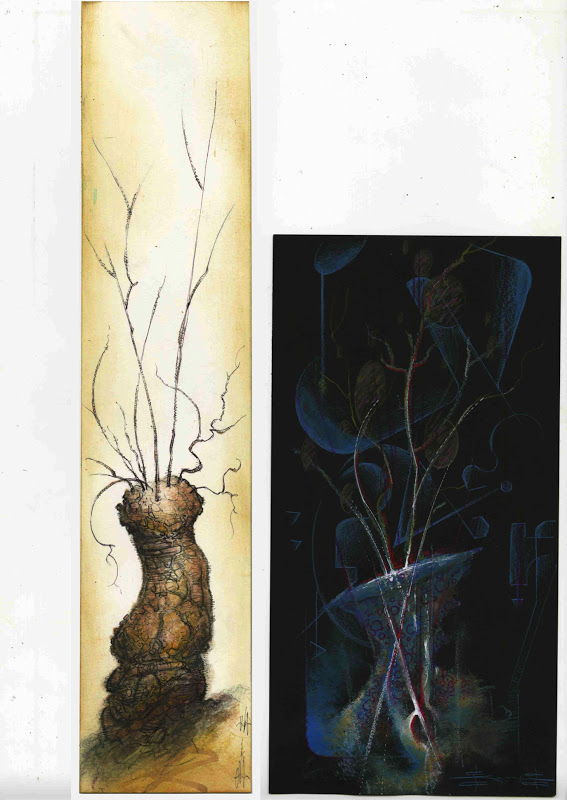 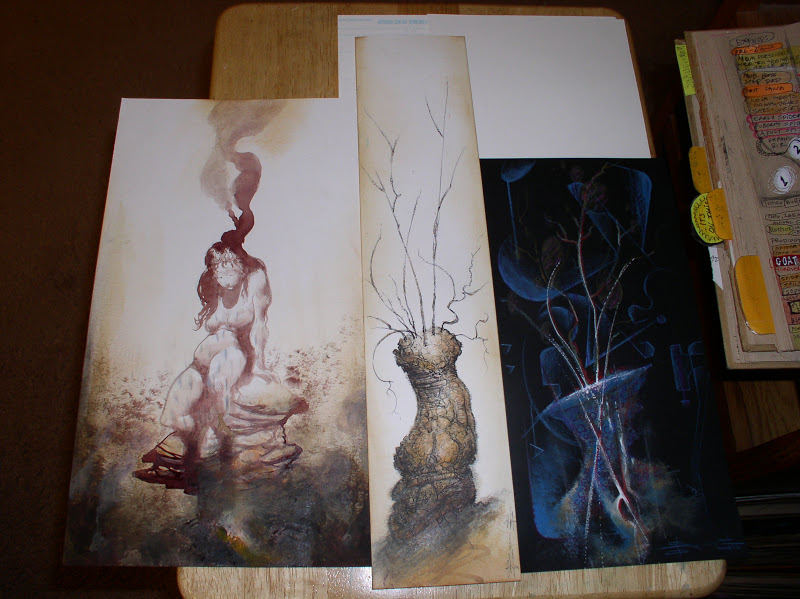