Auction piece for Boston Comic Con, which i'll be appearing at in ... *August*.

It's probably a decade since I've been out to any east coast cons.  But please don't make a special trip, however if your in that area, feel free to dro on by and say "hey".

Have a half dozen half finished Maxx covers lying around the studio. I'll see about getting those up sometime this week. 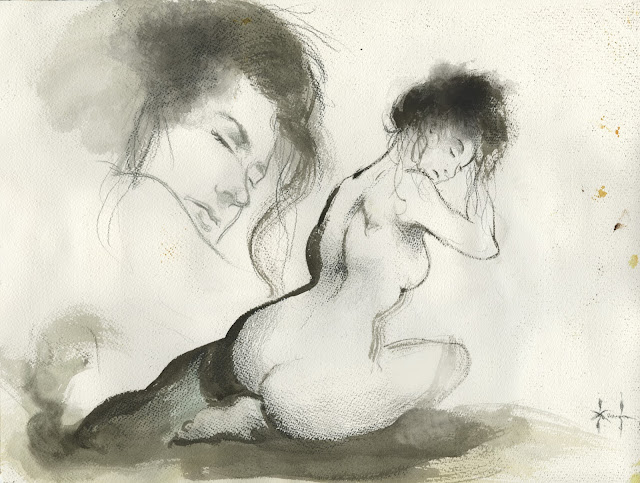