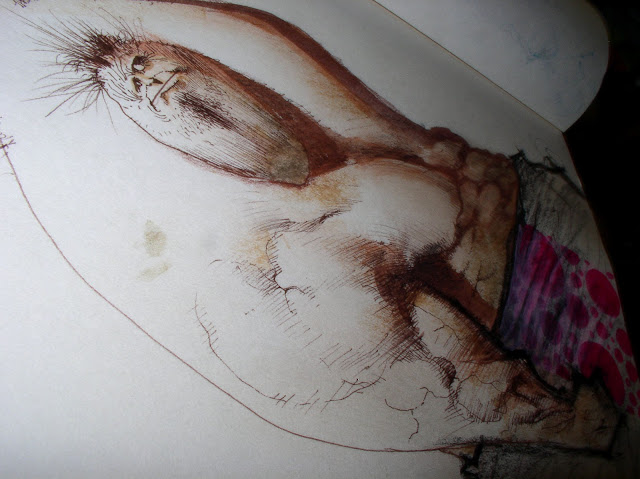 Yaaay!!!! - Four days of NEW posts- Sat. Sun. Mon. Tues. - every morning a new batch... it's my humble THANKS for everyone sticking around the last few week! 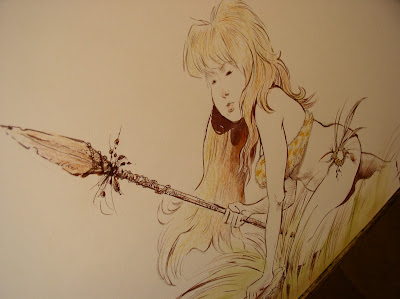 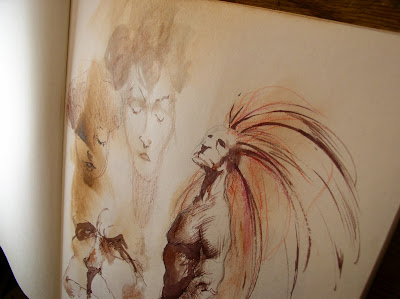 but seriously, i don't care of there are 6, 60 or 600 folks digging this stuff, it's just the US, connecting. artists and non-artists checking out each other's stuff. I check out lots of your stuff too. 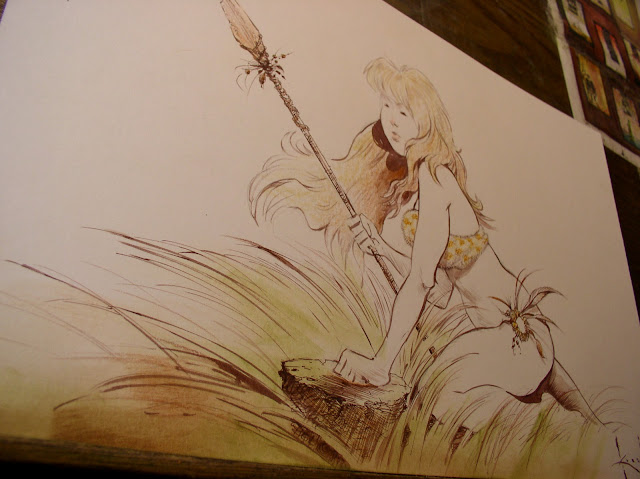 In the old days fan letter in the back of comics were all we had, and later, comic cons. It's so... communal now online. Okay, enough feel good crap. 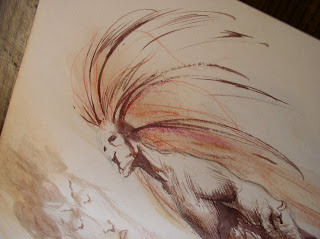 Here's some new stuff.. mixed bag of sketchbook doodles, speed paintings ( giving myself three minutes or less)... and a few commissions too. Not all commissions have process pics, when i was in the zone, i sometimes stupidly forgot to even grab the camera. 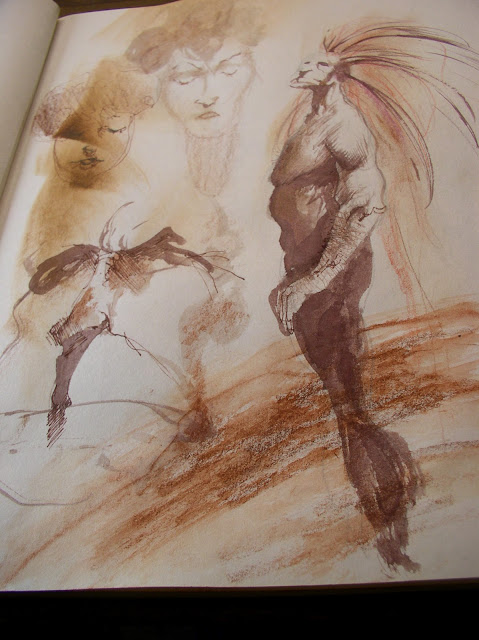 I didn't set out for this guy to look line an indian... just what came out of the brush... outback Maxx's head dress was inspired by Native American head dresses.. 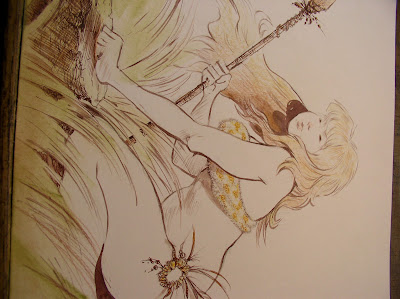 This pony tailed bikini girl was my take on Julie... i did it with brown ink rather than black, tried to keep it airy and light.

It didn't make the cut as a commission so i told albert to throw it up on the site if anyone's interested. 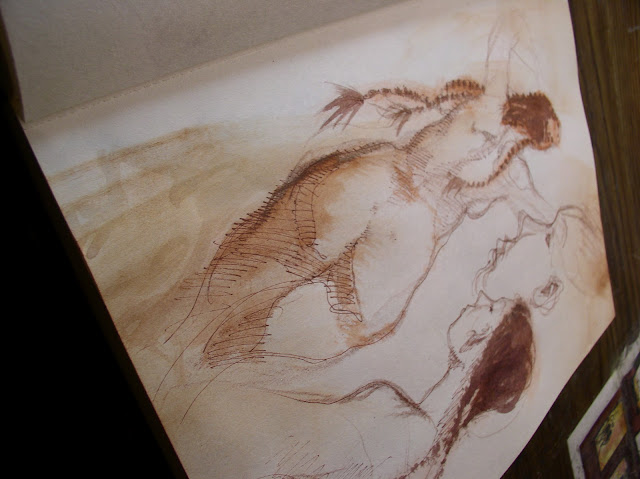 Most of these are just trying to wake myself up, breaking out of the brown sketchbook routine.

This angle makes this poor lady's behind look rather large doesn't it? That's okay. I've a fondness for larger figures, obviously. But ll kinds of bodies. 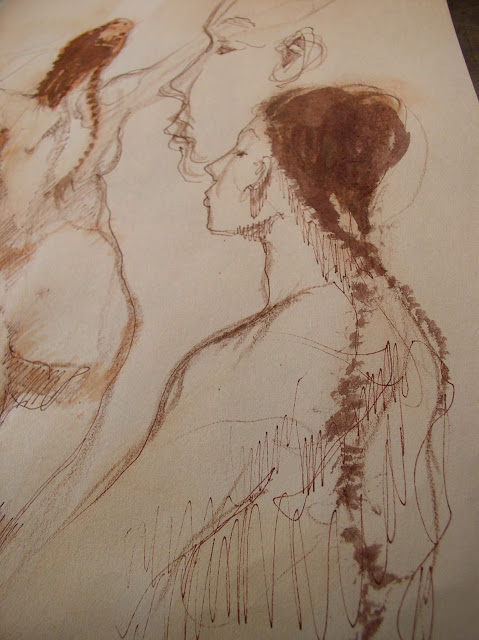 There's so much variety when you look at *real* people instead of magazines and television. We all look... normal in real life. 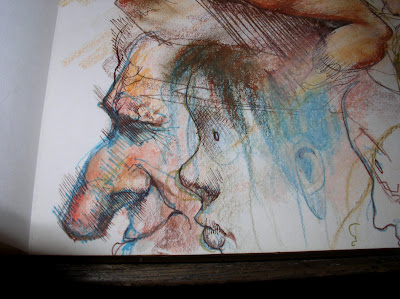 Even if were often all often emotionally screwed up inside, which i like too in a depraved sorta way. 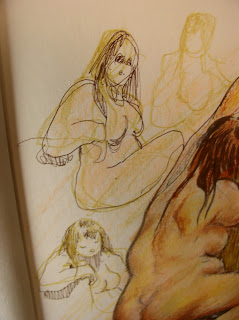 Here's a few figure studies too... something always gets lost when your not using your whole arm to draw on a larger sketchpad... maybe it's just me.. i dunno...

I keep looking for something in more scribbly looser sketches... like those doodles Roy Krenkel, Mike Kaluta would do. 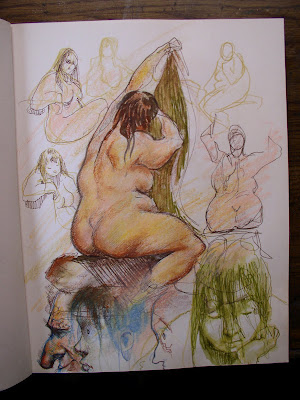 Yeah, I lack the skill these and others have at figure drawing, but it never hurts to keep trying, reach past what i usually do. 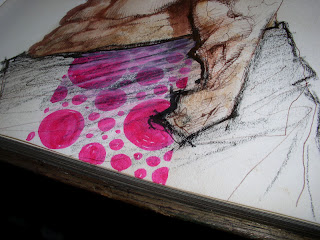 Or what just comes easiest to me. Which is more the more of a cartoonish style.


It has taken me years to learn ... cartoony... nothing to be ashamed of. 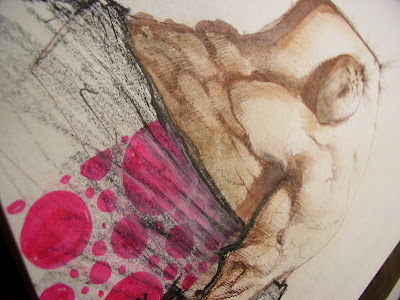 more stuff to cut myself free of. 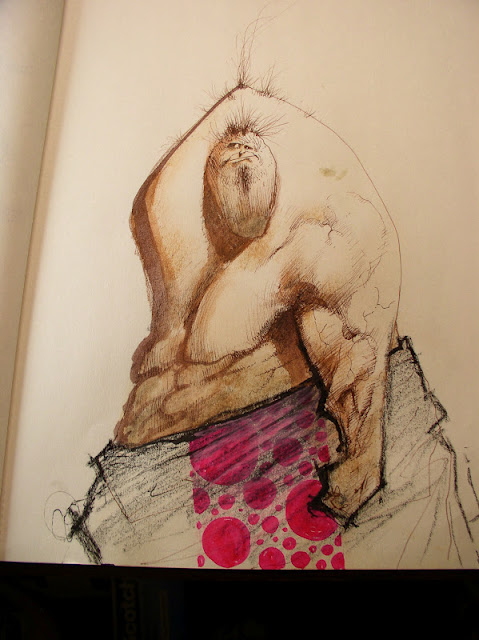 Funny how we're often the architect our all our own troubles huh?  ( Or i am anyhoo... )


Btw, here's a cool ILLUSTRATOR LINK to a nice site that has a brief overview of lots of illustrators.. not a complete list, but a nice sampling. I try to look up someone new name every day. 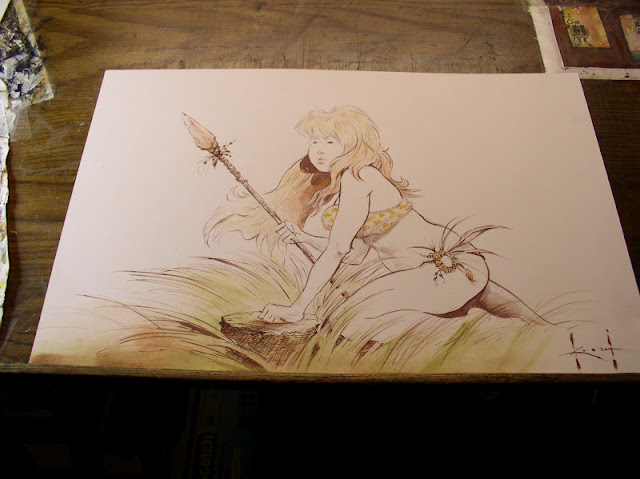